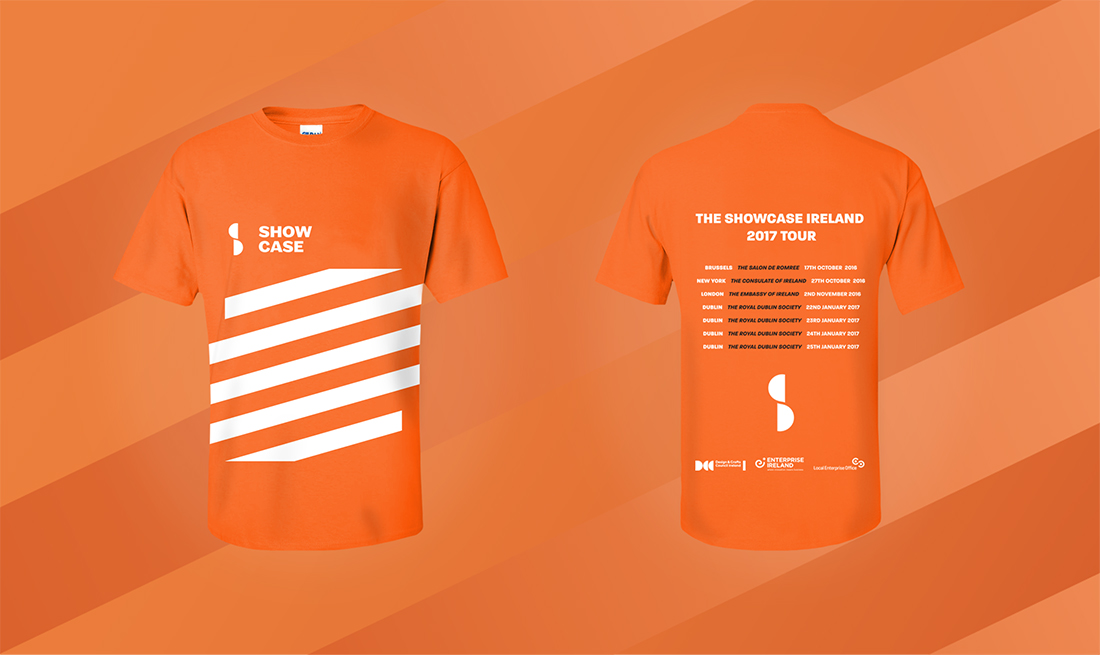 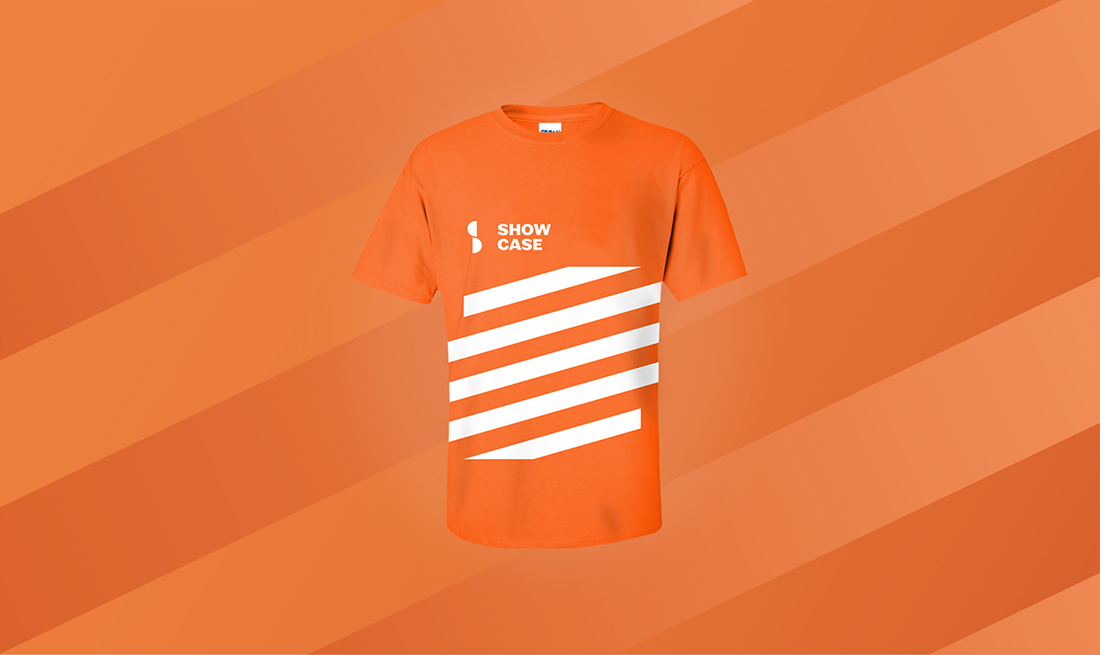 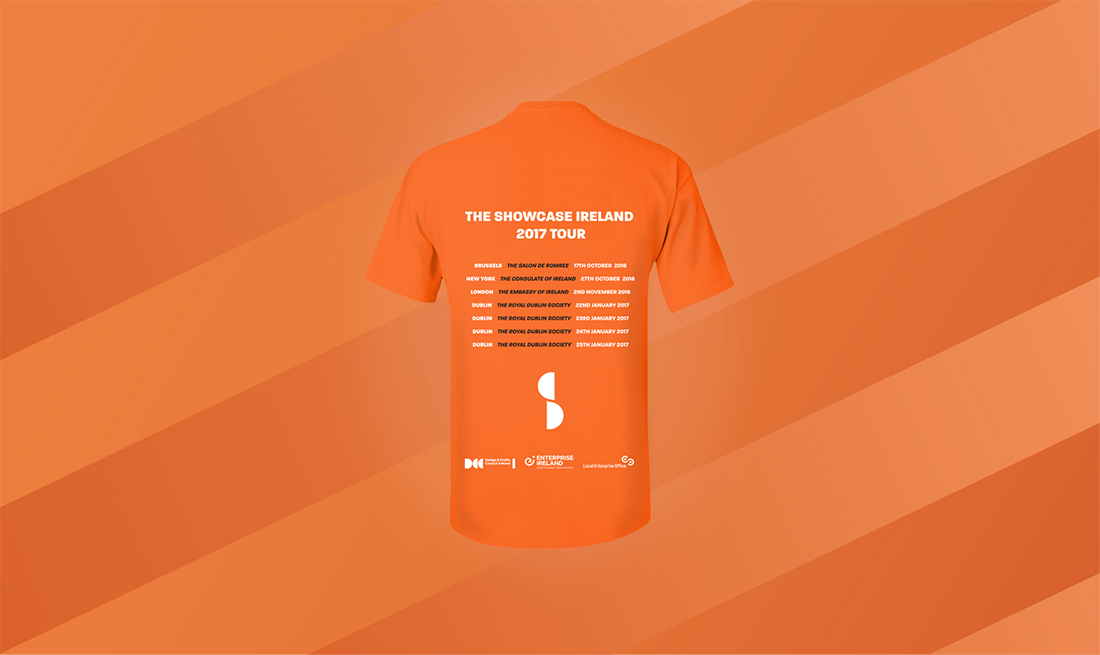 Showcase Ireland is a major annual trade event showcasing the best of Irish creativity. Each year Showcase Ireland launches with a new and exciting look for their show. Our client has several launches abroad in various embassies of Ireland to promote Showcase Ireland to an international audience. We were approached to design some promotional tour t-shirts to give out to staff in the embassies. They wanted a design that incorporated Showcase Ireland’s 2017 look and feel. It was agreed that we would do something in the same style/tone/colour as their website hero.

After working through a few options it was decided upon to go ahead with a simplified, graphic version of the stripped effect used in their 2017 hero shot on the front. The back listed all the tour dates and associated logos.